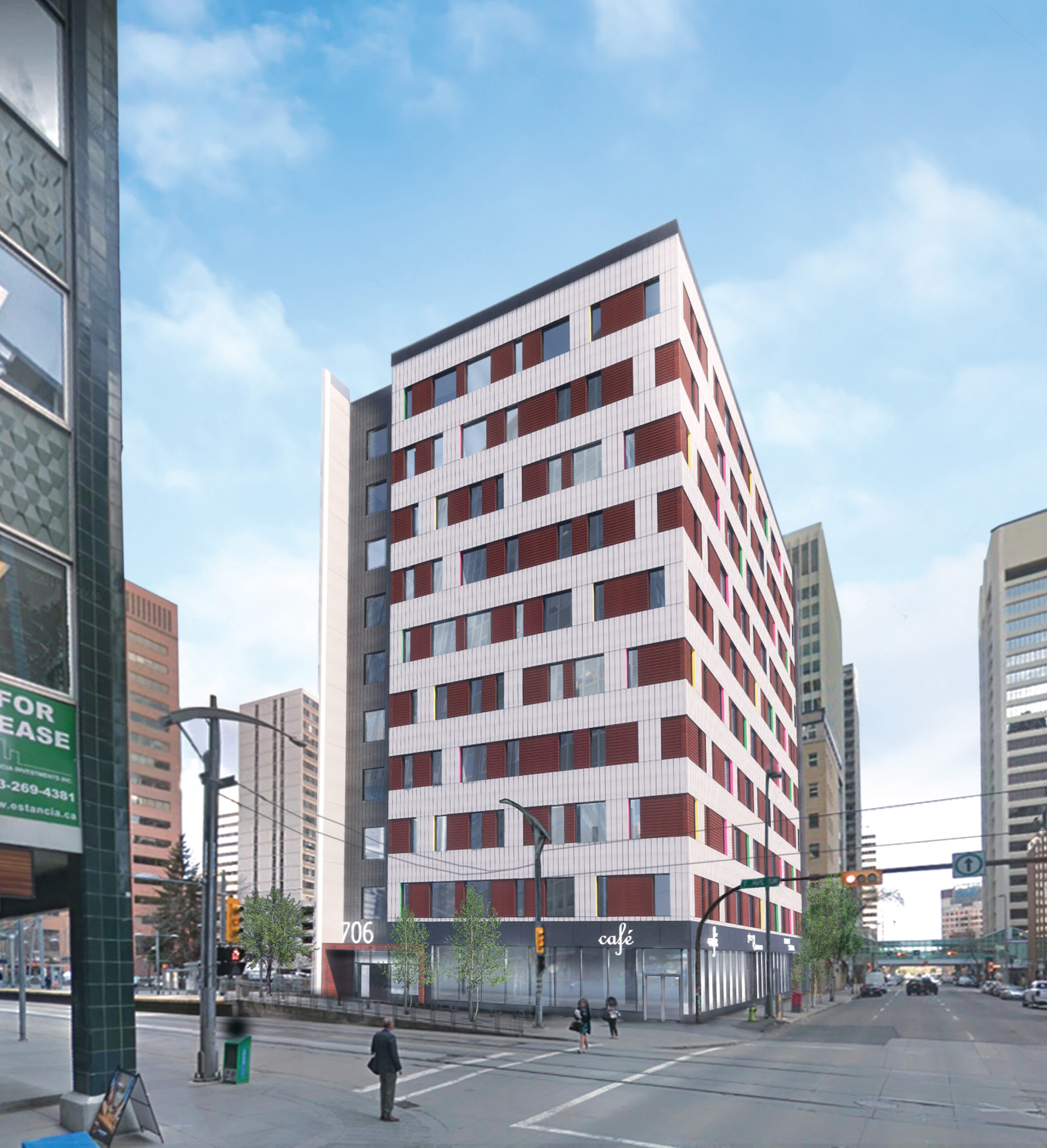 A vacant downtown office tower has been transformed into affordable housing and family shelter.

September 29, 2022. After just 12 months of renovations, Calgary has one less vacant office tower and 82
more affordable homes. The 10-storey office tower formerly known as Sierra Place, located at 706 7th Avenue SW, has been completely renovated into 82 units of affordable housing for vulnerable Calgarians plus Inn from the Cold emergency shelter and transitional housing for families facing homelessness.

“It took the support of the entire community to make this first-of-its-kind project a success,” says Bernadette Majdell, CEO of HomeSpace. “Calgary has demonstrated that vacant office space can be repurposed to help address the housing crisis in Canada. Together, with support from all levels of government and several generous private donors we have created a space that offers families a pathway to stability through safe housing.”

Three floors of the Neoma building will be home to Inn from the Cold’s program and administration space that includes family emergency shelter, offices, transitional shelter, and wrap-around supports for families facing a housing crisis. With six floors of permanent supportive housing and amenities for residents. The Grand Opening of Neoma will be held September 29th, with Inn from the Cold’s operations moving in this October, followed by residents in affordable housing units in coming months.

“The way the community has come together to support families facing a housing crisis and make our new home possible has just been incredible,” says Heather Morley, Executive Director of Inn from the Cold. “Our new purpose-built space allows us to better serve families in need and we are confident the unique holistic approach facilitated by this building, will help break the cycle of family homelessness.”

The conversion of Neoma would not have been possible without the $16.6M of Rapid Housing Investment from the Government of Canada, $2M from the province and federal government through the Canada-Alberta Bilateral Housing agreement under the National Housing Strategy, and $5.5M from the City of Calgary as part of its downtown revitalization initiative. Private donors also stepped up to raise nearly $6M towards this $30M project, which is on time and on budget.

Behind the Scenes: Early Childhood Development at the Inn