“Last night we saw a record number of families for the Inn,” says Abe Brown, Executive Director. “It’s not a record we wanted to break. But with the funds raised through Claire’s Campaign, we’re confident we will be able to continue to support children and families in crisis with vital services and resources to ensure homelessness does not become a permanent fixture in their lives.”

Claire’s Campaign began in 2012 as a response to a crisis faced by the Inn when government funding for its second floor sleeping quarters was cut. “The Executive Director at the time approached me to see if I could help,” recalls Gary Nissen who launched the campaign in honour of his mother, Claire. “Like so many other Calgarians, I want to build a better future for our kids. I definitely don’t want them to be homeless so I offered up a $250,000 match for monies raised that year. Since that time, Claire’s has raised over $5 million. I think my mother would be pleased.”

Monies from the Campaign will be used to fund the Inn’s Family Support Program, which consists of vital services that keep families well-supported in shelter and housing, such as early childhood development programming, a youth program, parenting classes, health and wellness and other vital services.

“Homelessness is a traumatic event on everyone, but especially children,” says Brown. “Government funding for our shelter covers the basic costs of providing 20 sleeping spaces for families on the third floor. Claire’s Campaign and all our other fund-raising during the year helps to cover the costs of the 7 sleeping units on our second floor for single mothers with children as well as programs. Without the programs to offset the traumatic stress of homelessness, children are more likely to grow up and be vulnerable to ongoing homelessness in their adulthood.”

With an annual operating budget of $8.2 million, Inn from the Cold annually fund-raises for 70% of its budget. “We are incredibly grateful to all Calgarians who continue to support our work and to ensure that no child or family is homeless in Calgary. We couldn’t do it without our community supporters.”

The total generated by the Campaign was announced today at a luncheon at Fort Calgary. Gary Nissen, who contributed $250,00 in matching funds, his sister, Karen Zutter who contributed a $100,000 match and the Campaigns two matching $50,000 donors, the Hutchinson Family and Cole Harris representing Centron Group of Companies were in attendance along with sixty plus donors. The Campaign was supported by 765 unique donors with donations ranging from $0.25 to Nissen’s $250,000.

“Ending child and family homelessness can only happen when we work together as a community,” says Brown. “Every year, Claire’s Campaign demonstrates what an amazing community Calgary is.”

Thank you for your incredible support during this Campaign. We truly could not do what we do without the support of all of you. 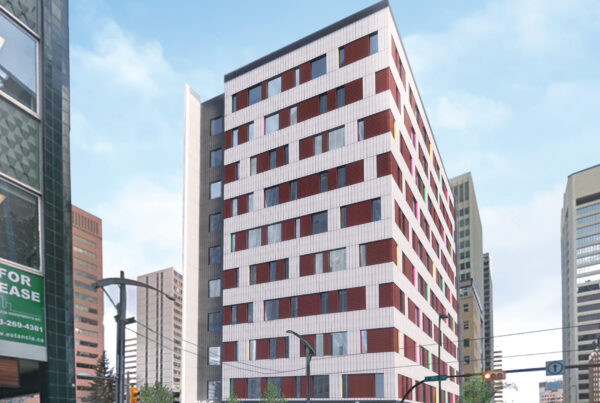